The Free Market and Leeches

The pure “free market” is an economic system based on supply and demand with no government regulation.  The “free market hypothesis” is the assertion that the free market always produces the optimal allocation of resources.

Conservatives love the free market like a fat kid loves cake. The appeal is understandable.  Our world is complex.  We long for simplicity.  Life would be grand if we could eliminate government (and taxes), confident that the free market would create the best allocation of resources.

People often trace the free market hypothesis to Adam Smith’s 1776 book, The Wealth of Nations.  In that book (and in an earlier work), Smith used the metaphor of an “invisible hand” to describe the unintended social benefits that manifest when each person acts in their own best interests.

What free market cultists fail to understand, or willfully ignore, is that we don’t live in 1776.  The conditions that existed in agrarian America in 1776 do not exist today.  If he were alive, Adam Smith would tell you that the “invisible hand” only works if certain conditions exist — if you make certain assumptions — and that most of the necessary conditions that existed in 1776 don’t exist today.  Let’s look at some.

Assumption 1 – Goods and Services are Homogenous.  Corn is corn.  It’s all the same, and it doesn’t matter who you buy it from.  That’s not true today for most goods and services.  Take operating systems for personal computers.  Windows is not the same as Apple.  Or televisions.  They come in different sizes, with different features, from manufacturers with different reputations.

Assumption 2 – No Single Seller or Buyer Has Enough Market Share to Influence the Price or Supply of a Good or Service.  We assumed five hundred farmers selling corn in one county back in 1776.  Back in 1776, Farmer A could not keep his price at eighty cents per bushel because people had other options. Fast forward to 2020.  Do you want a smartphone?  Your choices are an i-phone or an Android.  There are not five hundred cell phone manufacturers competing for your business.

Assumption 3 – Everyone has Equal Access to Relevant Information.  In our 1776 hypothetical, everyone knew who the corn farmers were, how many corn farmers there were, what they were charging for a bushel of corn, and what it cost to grow corn.  And all the corn farmers knew how many people lived in that county, how much corn they bought on average each month, and how much money their buyers earned.  Do you have equal access to the information Apple has regarding its i-phone?  Do you know how much it costs Apple to manufacture an i-phone, how long it is designed to last, or what other products Apple plans to introduce in the future? No.  You’re at a disadvantage because Apple knows far more than you about its products and the market.

Assumption 4 – Barriers to Entry are Low.  In 1776, if you wanted to grow corn, you bought some seed and, if you did not own land, you bought or leased some land.  Anyone could grow corn if they wanted to.  This made it difficult for any single farmer to gain a monopoly or large market share. Fast forward to 2020. What would it take for you to start a company that manufactures smartphones to compete with Apple and Samsung?  How much money would you need to create a business to compete with Walmart?

The assumptions underlying free market theory began losing validity in the mid-1800’s when the railroads came to power, and the trend continued with the rise of oil companies in the late 1800’s.  Back on those days, Republicans were not cult members.  They understood the assumptions underlying free market theory.  They realized what was happening and passed antitrust laws intended to prevent any single business from gaining a market share large enough to reduce competition.  Congress passed the first antitrust law, the Sherman Act, in 1890 as a “comprehensive charter of economic liberty aimed at preserving free and unfettered competition as the rule of trade.”  Explaining the law, Senator John Sherman declared, “If we would not submit to an emperor, we should not submit to an autocrat of trade…”

But antitrust laws are only as good as the prosecutors and judges who enforce them.  This is why it matters who the Attorney General is.  This is why it matters who serves as a federal judge.  To circumvent these laws, big business invests heavily in political campaigns to get the appointed officials and judges they want.  Nobody should be surprised that the five Republican Supreme Court justices who ruled corporations are people in Citizens United (Kennedy, Roberts, Alito, Thomas, and Scalia) ruled as they did; corporate contributions to political campaigns got them there for that very purpose.

The Wealth of Nations never advocated no regulation or elimination of government; it attempted to articulate when regulation is beneficial.  If you are still preaching the free market gospel, I have one question for you – are you still using leeches to cure disease? 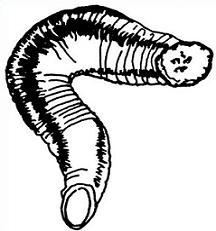