Zen and the Art of Being a Platypus

“When analytic thought, the knife, is applied to experience, something is always killed in the process.” – Robert M. Pirsig.

Nuclear powered weasels frolic in the morning mist, as the chromosomes in my crooked toes silently tap to the rhythm of the spaghetti resting peacefully atop my chartreuse lawn mower.

Okay, that was gibberish. I wrote it to get your attention. And to help you exit your logical mind. Because today I want to muse about logic and labels – labels you apply to yourself and others.

In Zen and the Art of Motorcycle Maintenance, Pirsig observed that the scientific method often breaks things down into their component parts. Then we label those parts. For instance, we can describe a motorcycle by referring to the fuel system, the electrical system, and the power system. This process is useful, but somewhat artificial. When you look at a motorcycle, you won’t see anything labeled “fuel system.” We break things down and label them because it helps us think about and discuss things, but in doing so we often lose sight of the big picture – the motorcycle as a whole. Pirsig writes, “Mark Twain’s experience comes to mind, in which, after he had mastered the analytic knowledge needed to pilot the Mississippi River, he discovered the river had lost its beauty.

Which brings me to the platypus. Biologists traditionally divided vertebrates (animals with a spine) into five categories – mammals, fish, birds, amphibians, and reptiles. Mammals have fur and give birth to their offspring rather than laying eggs. Reptiles lay eggs. Amphibians can live on land or in water. Then along comes the platypus. It has fur. It lays eggs. It lives on land and in water. Is it a mammal, a reptile, or amphibian? Biologists got tired of debating this and gave up. They created a new class of vertebrates – monotremes (egg laying mammals). So now, there are six classes of vertebrates. Did God change the number from five to six?  No, man did. The universe and the animal kingdom stayed exactly the same.  Biologists just changed their way of looking at things.

I know what you’re thinking.  Cohen is sucking down shots of Jeremiah Weed, listening to vulgar Mojo Nixon tunes, and hammering away on his Panasonic CF-52 laptop because he has nothing better to do on a Friday night. True, but irrelevant. I could still be right.

Think about the labels we apply to ourselves and others. We always employ some version of the verb “to be” when we apply labels. There were four cliques at my high school – the jocks, the nerds, the freaks, and the hicks. But not every student fit easily into one of those four categories. There was a kid on my track team who mostly smoked dope. He missed many track practices. But he would somehow make it to the meets and almost always place first in the mile race. (This was before the pointy-headed liberal elitists at Harvard shamed us all into using the metric system).  Was that kid a freak or a jock? He was a platypus. He did not feel constrained to place himself into one of the artificial categories others had created.

Back in 1936, a young man was born in Texas. His father was an Army officer who pushed him hard. He was an exceptional athlete and became a Rhodes Scholar. After earning a master’s degree at Oxford, he joined the Army and became a helicopter pilot. So exceptional was he that the Army offered him a chance to teach at West Point. Sounds like a pretty straight laced guy, right? Certainly not the kind of man that would throw all that away and become a pot smoking, folk singing hippie. His name was Kris Kristofferson. Platypus.

Ever hear of Bruce Dickinson? Probably not. He flew Boeing 757’s for an airline. He wrote some books. He was nationally ranked in the sport of fencing. Oh yeah, he was the lead singer for Iron Maiden. Platypus.

You’ve probably never heard of Tom Scholz either. He was a nerd who earned a master’s degree at M.I.T. and then worked for Polaroid. Pretty boring dude until he formed the band, Boston. Platypus.

You don’t have to be a musician to be a platypus. Take the case of Charley L. Johnson, Ph.D. He spent most of his adult life as an unknown professor of engineering at New Mexico State University. Typical nerd. Oh yeah, he was the quarterback for the Denver Broncos for four years. He played pro football for 15 years, and during some of those years, he was studying for his doctorate and serving on active duty (not in the reserves) in the U.S. Army. Typical platypus. (Johnson wasn’t the only platypus ever to play Quarterback for the Broncos. For a very brief time, the Broncos had a quarterback named Fred Mortensen. He never achieved NFL success, but he is the only Broncos quarterback ever to call a play in Chinese. He spoke fluent Mandarin).

Don’t worry; you need not be an athlete to be a platypus. There once was a young man from a small town in Missouri who became a lawyer. The law bored him, so he gave it up and taught high school. He liked gazing at stars and began studying astronomy. His name is Edwin Hubble. He discovered that the universe is expanding. America named a telescope after him. The Platypus telescope.

You can change your religious or spiritual views. You are not stuck with the labels your parents applied to you or that you applied to yourself. There was once a young man who, after working as a printer and banker, earned a master’s degree in theology and became an Episcopal priest. But he realized the statement, “I am an Episcopal priest” wasn’t accurate. He was just him. Episcopal priest was just his current occupation. Two different things. He wasn’t stuck with the label. So he decided to study Buddhism. His name was Alan Watts.

You can also reject political labels. When I tell people I am a registered Democrat, they are often surprised to learn that I support gun rights, favor tougher enforcement of immigration laws, and support making English our official national language. I am a political platypus.

Be careful with the word “is.”  To say, “She is a Republican” is simplistic. It would be more accurate to say, “She is currently registered to vote as a Republican.” But that is not who she is.  She may also be a mother, a guitarist, a scientist, and a rap music fan.

If you want to be happy, stop feeling constrained by labels others apply to you or that you apply to yourself. Labels are just words, they are not you. And stop applying so many labels to others because those artificial labels are preventing you from seeing the entire person.

Some self-help gurus encourage their clients to visualize themselves as a lion or hard charging rhinoceros. That’s okay, but lions and rhinos lead pretty one-dimensional lives. I say visualize yourself as a platypus.

You can do it. Be one of the few. The proud. The platypuses. 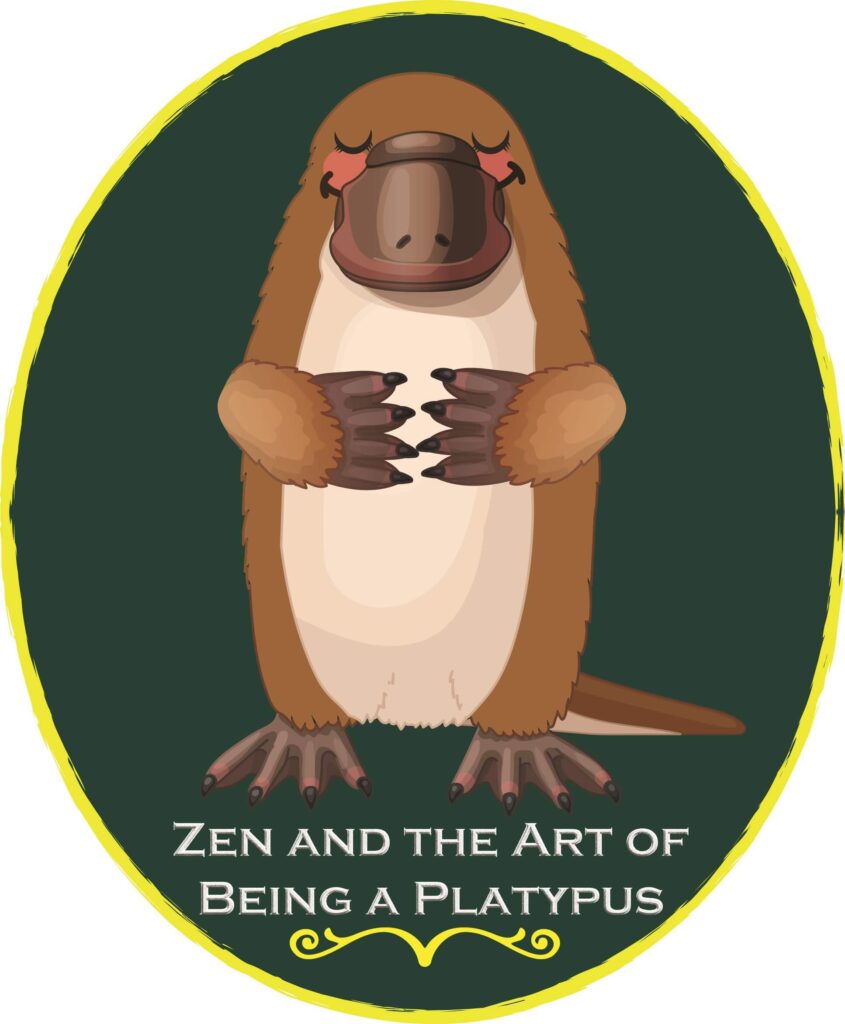